By Craig Brock from Geeksphere.tv

Read the Review at: http://geeksphere.tv/stinkyboard-review/

“My gaming experience went to a different level! It improved my gaming efficiency and I came coming back to it!”

“Overall it’s a great PC gaming peripheral, something I have never seen before and something I would definitely recommend you purchase going forward – especially as games are only going to get more intense and require more key strokes and key switches to be in place. We were given toes for a reason right – and here’s a great reason to use them for gaming.

“Whether you’re a gamer looking to improve your performance or even someone who loves to play but has some motor impairment, the Stinkyboard is right for you.”

“With the plethora of peripherals available to the gaming market, it’s no wonder so many of them get overlooked. Some are superfluous, others are downright useless, and a good percentage of them are priced at a point that makes it difficult to justify picking them as a game enhancer. So what sets the Stinky Footboard apart from these problems? In a word: everything.”

Nerdgasm converts a Stinkyboard into a Jerry-Rigged Sim Hand Brake:

We are pleased and honoured to have been named “Best New Device or Peripheral” by the ablegamers foundation’s annual accessibility awards.

Focused on promoting the gaming lifestyle for the disability community, the ablegamers foundation is the leading source of news and reviews on games and gaming products for the disability community. While the Stinkyboard can up anyone’s game, it’s long been a favourite amongst disabled gamers for the ability to enhance in-game performance and control.

As we read Founder Mark Barlet’s mission statement, we can see how Stinkyboard can constitute a game changer, and may allow some people who have never gamed before to get in on the action.

I BELIEVE THAT THERE IS NOTHING MORE POWERFUL FOR PEOPLE WITH DISABILITIES THAN THE FREEDOM THAT ONLY VIDEOGAMES CAN PROVIDE. IT IS AN ART FORM THAT ALLOWS US TO ALL RUN, JUMP, AND BE WHATEVER WE WANT TO BE.

There’s no better way that we could have started the year than with an honour like this. From everyone on the Stinkyboard team, to everyone at the ablegamers foundation and their members, we thank you for digging our board, nominating us and granting us this prestigious award.

“While most game controllers are designed for your hands, Stinkyboard is for your feet. Designed for first-person shooters, real-time strategy games and massively-multiplayer online (MMO) role-playing games, this Kickstarter-funded peripheral sits under your desk and lets you make quick in-game movements without having to take your hands off the keyboard and mouse. Bundled software lets you assign your own commands to each of the footboard’s four buttons. The Stinkyboard is constructed of reinforced steel, aluminum and heavy plastics.”

"Originally a skeptic myself, the Stinky Footboard has proven not only to be easy to use, but far more useful than I could have imagined. It has become as integral to my daily computing as my mouse and keyboard are." - 5 Stars on 5

" What’s the bottom line with the Stinky Footboard? I can’t wait to own one.

The little time that I spent with it showed me that my brain was ready and willing to use my feet to control video games. The Stinky Footboard feels like a shamefully obvious addition to our gaming, and I can’t believe that someone hasn’t made this exact product before. It’s an entirely new vector to add responsiveness and granular control in games, and not just in obvious genres like driving or FPS games. "

"Whether you’re a gamer, or just want to free up using repetitive keyboard combos, the Stinky Footboard is an amazing and wonderful product. It’s something I wish had been around a long time ago and will make gaming a lot more enjoyable." - Erica Marceau

We've had some minor logistics delays which have now been resolved. All the units, both International and North America, will start shipping next week!

We apologize for the delay and we want to thank you once again for your support.

"If you’ve been wanting to get an edge on the competition, but don’t like memorizing hundreds of different input keys, then the Stinky Footboard is definitely a peripheral you should think about investing in."

"...if you want to take your gaming to the next level, then the oddly-named Stinky Footboard just might be for you!"

"It's also a unique piece of gear as well, the only one of it's kind." Greg, Truly Net

"Overall, the Stinky Footboard is a major success. The fact that it is built so well puts this device over the top." 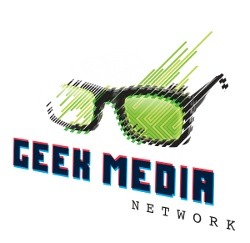 "The possibilities are truly endless as to what you can set to the Stinky Footboard and allow either of your feet to now take some of the movements away from your hands, keep your head in the game since you aren't looking at the keyboard to hit the combo of keys, and really does add an element of emersion once you have more of your body acting out actions in the game."

"However, with practice and some perseverance anyone should be able to take advantage of the Stinky and utilise it for an action they carry out in their favourite game. That’s the beauty of it, because it can be configured to any keypress (single or multiple pulse presses,) gamers can use it in different ways. Even non-gamers may find uses for it with their favourite applications." Paul Younger, IncGamers

"It took about five minutes for me to realize that the Stinky Footboard was not only useful, but also functioned to immerse me further into the game." - Rick Kim, the Examiner

"The Stinky footboard was clearly one of the best PC innovations at E3" - Gary A. Swaby, The Koalition

"It’s truly a piece of hardware that you never knew you needed." - Josh Smith, College News

" I’m not going to lie, I love having the Stinky Footboard around and will use it as much as I can." - Tony Hsieh, The Slanted

"The Stinky Footboard is one of those products that you never thought you wanted until you actually use it."

"It will be products like the Stinky Footboard that help us augment that reality even further to provide more realistic gameplay experiences." - Brandon Koch, Gizorama

"All in all we are quite impressed with the Stinky Footboard. Dispite the somewhat goofy name and novel concept, this is a way to control games we can get used to. Whether this is for everyone is another matter, and it definitely works best in games that require use of many buttons at once." Truls Steinung - PC WORLD NORWAY 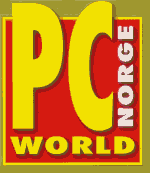 10/10 - "The Stinky Footboard drastically improved my gaming performance, reaction time, and in addition, it also allowed me to focus more on the game then having to focus on pressing a certain key." - Jared Bruttig @TheGhostVolta

"The Stinky Footboard is a revolutionary product. Don’t be fooled by its silly name and odd premise, this could very well define the future of hardcore PC gaming." Tin Salamunic

"For first-person shooters, the Stinky Footboard proved to be a godsend" PATRICK SCOTT PATTERSON - Examiner

"I’m pleased to report this thing could change PC gaming" 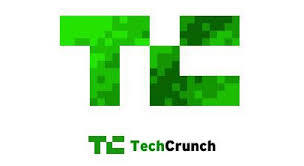 I must say, besides the rather strange name, I’m rather impressed. It seems like it’d be insanely useful in the complex MMOs out there these days that require a million keyboard shortcuts.

"It was easy to see that using the Footboard could become second nature before long." - SAMIT SARKAR

Stelulu is Please to announce that they've launched their Kickstart Project for "Stinky®" the Gaming Footboard. Stelulu hopes to raise 75,000 dollars during it's 30 day campaign. Please visit them at: http://www.kickstarter.com/projects/289858283/stinky-the-gaming-footboard-step-up-your-game

"This is a blessing for FPS, MMO, and MOBA players who want to take their skills to a higher level and stamp out the competition."

"We here at Dunham Gaming give the Stinky Footboard a 9.5/10"

"... it quickly becomes an extension of yourself. If properly configured it can take you to a new level of emersion in your game play. "

"With the ability to determine how you will map functions, the sky really is the limit on how you will play." - Ryan Kenward, VAGARY.TV

"The Stinky Footboard absolutely knocked me off my feet. Kudos to the Stinky Team, you guys easily deserve the best tech at PAX!" - Josh Knowles, Gaming Irresponsibly

"Before passing judgement, just know this all-PC controller is a pure stroke of genius."

"I can just see this being perfect for crouch and sprint commands, and will go a long way toward stopping hand-cramp (also known as gamer's claw, shooter's wrist, and camper's contusion) in long fragging session."

"The build also feels fantastic. While many PC accessories feel cheap and are built out of plastic, the Footboard feels solid and is constructed from metal and dense plastic." - Scott Lowe

"While it falls outside of what you may think of PC gaming accessories, I can certainly see it having its place, and many gamers finding their overall experience improved with the addition of the Stinky Footboard." - Brian Westover

"Why hasn't this already been done?"

"For first person shooters, real-time strategy titles, and most gaming genres outside of sports, using a mouse and keyboard trumps a console controller, hands down. I won't debate this, but after reading about the Stinky Footboard, I am willing to concede that there's room for a third wheel in what's traditionally been a two-handed tango." - Paul Lilly

"Odoriferous moniker aside, the Stinky Footboard PC Foot Controller is a helpful gaming peripheral that can take your game to the next level." - Sherri L. Smith

The Stinky Footpad PC Controller Lets You Stomp the Competition

"We got to spend some foots-on time with an early model, and it seems pretty promising. It takes a little while, but eventually the foot-commands become second nature and the peripheral itself sort of fades away into your sub-conscious. " - Eric Limer 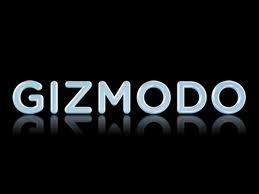 "What I especially liked about using the Stinky board is that it lent a smoother, more automatic flow to my gameplay. I didn't have to think about where the sprint key was. For more obscure commands on more obscure keys, you can also save yourself from taking your eyes off the action. Pressing down with my foot for the most part felt surprisingly natural. If virtual-reality headsets like the forthcoming Oculus Rift ever take off, gamers won't have the ability to look down at their keyboards. In that event, a no-look product like the Stinky Footboard might even become essential." - Rich Brown 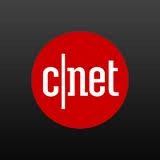 Stinkyboard will change the way you game. Get onboard.